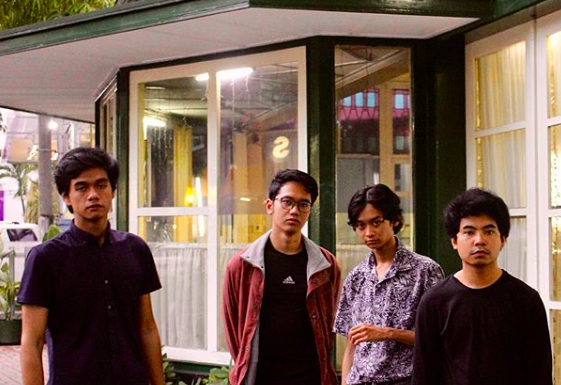 The new single from Indonesian four-piece emo-rock band, College Rooster, is an imaginative offering to the alternative music scene. “You See That Guy in MRT?” is a gritty mix of math-rock transitions and emotive punk-rock lyrics which represents the collective emotional baggage that resonates within the minds of the four members.

“This song’s about pain, anger, and sadness that comes from our past” – College Rooster

Formed in Malang, Indonesia, in 2017, College Rooster is made up of vocalist Bima, drummer Rafsa, lead guitarist Ghiffari and bassist Valdo, four adolescents with a shared discontent for college life which is boldly reflected in their lyrics. Their third single “You See That Guy in MRT?” starts off with a dream-like guitar riff before exploding into an cacophony of powerful instrumentals and dark vocals, making it an exceptional edition to their discography.

Although unique in lyrical content, the single is stylistically very similar to early 2000s emo/post-hardcore with intricate, well executed math-rock riffs alongside classic emo melodies and vocal techniques, which create an intensely nostalgic and melancholy vibe that could have been plucked straight out of the early 2000s emo scene.

Currently, College Rooster are working on their fourth single and are hoping to soon release their highly anticipated first EP. I anticipate seeing what more the innovative young four-piece have to offer the alternative music scene in the near future, after putting their talents together to create an energetic, yet emotional, new single.

You can stream the album in its entirety here.