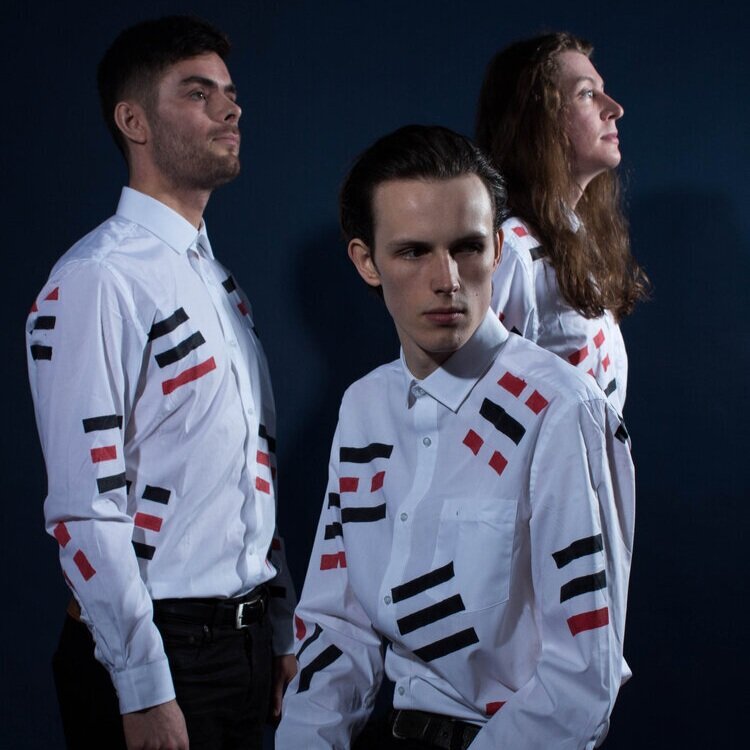 In a city best known for indie and alternative music, Newcastle based synth-pop mavens Blamire dare to do something different. Currently releasing singles building up to a debut EP, their uniquely retro sound is nostalgic yet refreshing. Fern McErlane caught up with Alex Blamire for more insight into the band.

Beginning as a studio project and quickly evolving into a full band, it’s lead vocalist Alex’s efforts that have shaped this outfit. He tells me that this story actually began in London: “I started writing with some friends and we knocked the songs into shape from a small studio in Camden. I then moved back to Newcastle and started to work on the live side of the project getting Joe Sowter and Lee Clifford involved, giving us the current line-up of Blamire.”

Alex developed his own musical tastes through moving down South, deciding to make synth-pop stemming from this- ‘I can’t say that I’d ever have listened to synth-pop records growing up in our house,’ he jokes. His passion for this specific genre? “I think originally it was because I was spending a lot of time working with my sister’s (Amber Glacier) band Transfigure. But while I was living in London I got to spend time with some really impressive synths and started to understand how to work them. Once I’d really got to grips with them I think I was able to write far more expressive music that I would have been able to previously on guitar.” His other top influences include contemporary artists such as Caroline Polachek, Sigrid and Christine & The Queens- “I think the songwriting, production and performance is next level.”

Blamire’s latest track was released this month- Stay,  is utterly eighties at its core, with swooping guitar twangs and edgy synths. Alex’s vocals fill the track, with his almost ballad-like delivery adding a more mournful tone- he tells me it’s about “insecurity, but ultimately hope within a relationship. Wanting to change the relationship for the better… but wanting to do it together.” It’s lighter in the drum section, though the production is tight and sharp- a professional-sounding piece that confirms the talent of this outfit. “The track was originally written in London working with my good friend Alex Starling… It wasn’t until we got the live side of the project that the song really got to grips with what it was..”

The live performance aspect for bands is key, and Alex enthuses about Newcastle venues-  “I think anyone from the area will agree that the Ouseburn in general is a pretty safe bet when it comes to great venues. I really love both Cluny 1 & 2, The Cumberland Arms is great and I’m really excited to see the new Little Buildings.” One gig up North in particular left a lasting impression on Blamire. “At our last headline show at The Cluny in December smoke machine set the fire alarm off and now it’s become our ‘thing’. People actually thought it was part of the set, like they reckon that the alarm was in tune with the music and it fit perfectly. It’s getting to that point where people think it should have been on the record!”

However, as with most artists, COVID-19 has had a significant impact on Blamire and their music- no longer being able to play live shows has changed the musical sphere globally. “At first it was crap, I didn’t feel very inspired to write anything, but as a couple of weeks went by we managed to get a live stream under our belts and then push out our ‘In The Waves’ single. So that really gave a morale boost. Since then it’s been much more productive and we’ve had to record and write new stuff but it also allowed us to really focus and get some of the older tracks completely finished and start to release them.”

Fans can expect more from Blamire in the near future, as they’re working tirelessly to produce more synth-pop goodness; “We’ve got a wealth of music recorded which is just getting polished up. I think we’re going to work on our live streams and keep them as regular as possible.” There’s talk of a full EP on the horizon too, which would see Blamire flex their musical muscles past single releases. For now, you can follow them here for more news.